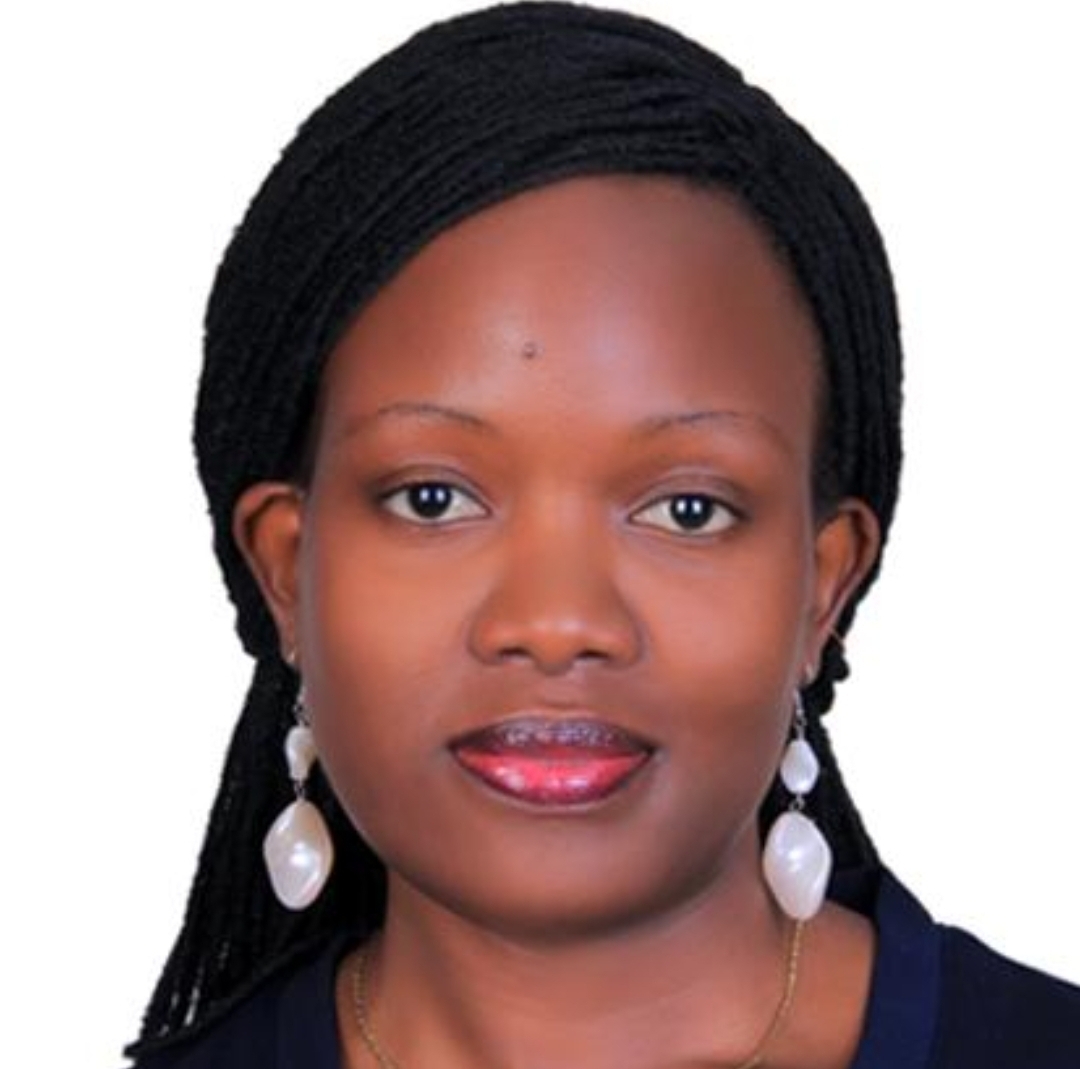 Brenda, thanks for participating in our “Alumni Spotlight” series to highlight the important work of field epidemiologists across the globe. Please tell us a bit about your professional journey to date, why you joined FETP, and what you’re doing now?

My first degree is a bachelor of arts in social sciences, onto which I recently added a master of public health from Makerere School of Public Health. My previous work experience involved serving communities in various capacities such as capacity building for community leaders and special groups like women and adolescents; public health interventions like sensitization on routine vaccination, HIV/AIDS, and good nutrition. So I decided to do a master’s degree in public health to acquire more knowledge and skills to serve the communities better and delve into the area of scientific research in order to offer more evidence-based interventions. Currently, I work as a quality control supervisor with the Performance Monitoring for Action (PMA) project at Makerere School of Public Health. It is a family planning platform where we collect nationwide data that is helpful in informing policies in the country.

You were among the frontline responders fighting the Ebola outbreak in Kasese District, Uganda that was declared in June of this year. What was your specific role as a responder?

I was deployed as an epidemiologist supported by the African Field Epidemiology Network (AFENET) through the AFENET Corps of Disease Detectives (ACoDD) arm. However, upon reaching the field, the District Health Officer (DHO) requested me to support the Psychosocial Pillar, owing it to the very low deployment for the pillar yet the district needed support. I decided to join the team because of my background as a social worker. I therefore took on this role in addition to the Surveillance Pillar, where I specifically was doing active case searches in health facilities.

Was this your first time working as a responder to a public health emergency?

No, it was my third time.

Can you describe a typical day during your deployment?

On the psychosocial team, our daily activities were varied, depending on the undertakings. This situation was made unique because most of the interventions were emergencies; for example, we would have constant admissions of patients at the Ebola Treatment Unit (ETU) who needed urgent psychosocial support and their families back at home.

We also had several discharges from the ETU which warranted resettlement in the communities, owing it to rejection by family members, neighbors and their other social networks.

We also had burials we had to help the burial team to prepare for, whether from sudden community deaths or deaths at the ETU. All of these would be emergencies. What made our work successful was the effective and timely communication facilitated by good coordination.

On the surveillance team, we had a schedule and micro plan of which facilities to visit for active case search so it guided our movements. We would do our reporting daily using the open data kit (ODK) and submit to the District Biostatistician for compilation.

Which skills that you acquired as an FETP trainee prepared you the most for this experience?

What were some of your biggest accomplishments as a responder?

As a member of the Psychosocial Pillar, our team offered psychological care and support to victims of Ebola (confirmed cases) and their attendants who were on the Ebola Treatment Unit ward (ETU). We provided psychosocial support to families (relatives) of the confirmed cases. We conducted home visits, held discussions with families on how to best live during the 21 days of observation, commiserated with them, and supported them to accept vaccination.

The team provided psychosocial support to a number of health workers who had various challenges. Some were high-risk contacts following their exposure to confirmed cases, and others were contacts of suspect cases. The time for waiting for laboratory confirmation was always a nightmare, so they would be overly distraught and distressed. The other category were fellow responders who were disgruntled about delayed payment for their work during the response. We offered psychotherapy to Ebola virus disease (EVD) suspect cases who were transferred from the ETU to the general ward, as well as to their attendants and communities. There was a lot of stigma surrounding them, to the extent that some of them were first rejected by their communities upon discharge but were accepted after our intervention. We made reports about two contacts’ families whose property was destroyed and presented them to the logistics team for compensation.

We offered psych-education to communities where we had high-risk contacts and bereaved families to EVD where we sensitized approximately 9,000 people. We urged members to desist from stigmatization but rather encouraged them to offer support to facilitate the social reinsertion of convalescent patients, their families, and any other category of contacts in their communities. Their perceptions of contacts and victims changed, and they pledged full support.

We supported the burial team in preparing for burials, including burials of sudden community deaths, confirmed cases, and suspect cases that turned negative but had been in the ETU. Our interventions were helpful in the mitigation of upheavals from would-be violent communities. We offered them psych-education, and they were able to allow the team to conduct safe and dignified burials.

Additionally, we played an advocacy role for families that were affected by EVD. For example, one of the high-risk contacts had been given a summary dismissal from work, and we talked to his manager to reestablish him after 21 days of observation. One pupil had been indefinitely discontinued from school because he lost a distant relative to EVD, and others had been ex-communicated from the village. We had to conduct dialogues to have them reinstated.

In total, we trained and established a district psychosocial team of 200 members.

On the Surveillance Team, in Active Case Search Surveillance, we were able to reach all of the targeted health facilities, both public and private, where we strengthened the capacity of the health workers for the detection of EVD. We analyzed data and presented reports from the health facilities to the District Task Force (DTF) and National Task Force (NTF) for timely interventions.

We developed the capacity of the village health teams to not only detect but also refer any patients with EVD symptoms, and we also contributed to capacity building of traditional healers in the detection and referral of their patients who present with EVD symptoms.

How about your biggest challenges?

There was no sustainability plan for the district for psychosocial support during EVD or any other outbreak for the 42 days.

There were also no district volunteers for the psychosocial team to enhance the community-led response phenomenon we had adopted for the June EVD outbreak. We all were from the center. Later, in August, we were able to train a district psychosocial team.

How many other responders were working with you? Can you describe the team with whom you worked? What were some of the roles of your team members?

We had a multi-disciplinary team wherein the work of each team/pillar complimented and contributed to the sum total of the task. We had responders from the National Rapid Response Team that comprised Ministry of Health Officials and representatives from various implementing partners. Deployment was across all pillars, that is: coordination, surveillance, risk communication, logistics, case management, infection prevention and control (IPC), psychosocial support, security, vaccination and therapeutics.

We also used the community-led response strategy where we built the capacity of the local community responders who belonged to the different pillars. They worked closely with us and interfaced with their own communities to combat EVD.

In terms of numbers, we had approximately 1,000 responders both from the center and the districts.

How did your team prepare communities for the possibility of the Ebola virus affecting their families, neighbors, and community members?

Our community engagements were mainly in the areas of psych-education and sensitization for three kinds of communities:

iii) Communities that had rejected the EVD vaccination intervention

Is there any advice you would give to first-time responders?

They should bear in their minds that the ultimate goal during an outbreak response is to save lives and mitigate far-reaching effects. So I would advise them to be selfless and gunner all their efforts to achieving this goal at all costs.

What are some positive experiences you will remember from your time as a responder?

I was able to make a difference in the lives of EVD-affected families where I was not only an advocate but was able to allay their emotional fear. I improved my knowledge, skills and expertise in counseling and surveillance. This offered me another privilege because I was doing it in a highly infectious disease emergency setting, and for the first time.

And together with my team, we were able to contribute to establishing the district psychosocial team, which was non-existent before and during the first and second phases of the outbreak.

What makes you most proud in your career?

First, that I am able to support communities to combat preventable health conditions. Second, that there always is a window of opportunity to be an advocate for the vulnerable. And finally, that the avenues to make communities better through sensitization and capacity building are enormous.

What advice would you give to aspiring field epidemiologists?

Be a team player and seek team cohesion and success. Be down to earth and relate to community people with utmost respect. Be versatile and open to multi-tasking.

Service above self should be upheld. Pay should not be the major motivation for work, rather it should be about making communities better and disease-free.

Finally, reading and mastering one’s subject matter is what makes them relevant.

Or
If you have linked your account to one of the following social networks, please click on the relevant icon to log in
Not a member yet?
Request invitation